2013 is rapidly coming to a close which is good and bad in equal amounts. Good because this is when all the end of year lists start to surface. Bad because we’re all that little bit older…

Which goes to show that there really is a list for everyone out there. So for what it’s worth, I’ve waded into the list maelstrom with my albums of the year below (complete with an added bonus of my BBC essential mix of the year too). It’s based on nothing more scientific than a bunch of albums I’ve played and enjoyed the most this year. Which, let’s be honest, is all it really should be…

END_OF_DOCUMENT_TOKEN_TO_BE_REPLACED 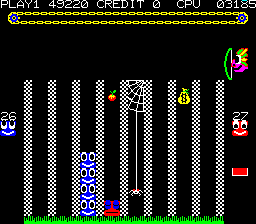 END_OF_DOCUMENT_TOKEN_TO_BE_REPLACED

What’s to say about this track?  Stevland was only 20 at the time of release and with classic albums Talking Book and  Songs In The Key of Life yet to come it was pretty obvious to all that this guy was something special.

There’s no disputing today’s classic.  Looking for an old school breakbeat classic to get the block jumping?   Steal power from a nearby street light, thrown down some lino and bust some moves.  A staple of B-Boys and B-Girls everywhere that has the Kool Herc seal of approval so who am I to argue?

Ever wanted to get your point across following a particularly stressful and hurtful break up?  Cee-Lo has made the perfect song fo ya;

The catchiest eff you in the history of music me thinks.

I think you’d agree with me in saying that three months since the last Classic Saturday is sorry state of affairs. I’ve been a busy boy doing, erm, well, erm, not a lot really. My only excuses being laziness and apathy so with that in mind and to assist in a forcible blowing of the cobwebs, this week’s Classic Saturday is One Armed Scissor by At The Drive In. Taken from ATDI’s swansong album, Relationship of Command, before they went their separate ways to form The Mars Volta and Sparta, it’s a blistering 3 minute and 45 seconds guaranteed to drag you kicking and screaming into Saturday. Enjoy it you groovy kids.

This is pretty much all kinds of ace.  Turn it up to 11 and piss your neighbours off.  It is Friday so you’re excused… END_OF_DOCUMENT_TOKEN_TO_BE_REPLACED

New York post-punk for your lugholes today. If you like this I urge you buy / listen on Spotify / steal (but don’t blame me if you get caught) Slip In And Out Of Phenomenon 3xCD compilation on Domino records.

Heard the bassline somewhere before? Yup. Of course you have.

So the weekend just gone I spent pretty much all day ambling round Leeds from one venue to another drinking grog and watching live music as part of the annual Live At Leeds festival.  With 170 bands across 13 venues it was always going to be difficult trying to catch all the bands we wanted to see whilst minimising the traipse.  An out of town start with a city centre finish seemed the most sensible approach so with that in mind (and with a modicum of hometown duty) we began the day with a couple of Wakefield bands at The Packhorse.  Support your local noisemakers and all that.  First up were The Spills.  Their Pavement with a Yorkshire twang drew in a decent sized crowd and didn’t fail to impress.  Set highlights, Faux Pas Ha Ha and Holiday with it’s Milligan-esque nonsense chorus ensured a bright start to the day.  Buy their stuff on iTunes (or don’t.  You’re the consumer after all).  A quick ale refill was followed by 6 piece Piskie Sits who played a blinder.    Frontman Craig was certainly up for it.  Beer in hand, chatting about girlfriend trouble, the blossom trees, thinly veiled barbs on the promoters and the promise to be drunk by the time the later set at Escobar comes round he (and the rest of the band for that matter) still delivered a quality performance.  Fans of Dinosaur Jr and the aforementioned Pavement are encouraged to check them out at The Well on 22nd May.  Tell them I sent you and watch them say “Who the fuck is Sull?” as they don’t actually know me.

After a fueling up with a dessicated cheeseburger over the road in The Library we peregrinated to the Faversham for final local lads, New Vinyl.  Things didn’t start too great with Danny having to work his way through close to 25 microphones before finally finding one which worked for the entire set to be plagued by sound gremlins.  I blame the sound engineer.  He was ginger.  Anyway, the lads soldiered on nonetheless and even with feedback which would kill a cow it’s hard to suppress songs like Stephanie.  A quick walk down to Leeds Uni Refectory to catch The Bronx meant we caught part of self proclaimed “riff-bastards” These Monsters, who quite rightly were fucked off at having to perform in front of an Hadouken banner despite them not being on until after 4 bands and in 5hrs time.  Anyway, Hadouken don’t have to balls to combine saxophone, metal riffs and screaming like These Monsters did so they can knackers.  The Bronx followed with a full on hardcore punk attack which blew my brothers mind to smithereens.  Play them to your Gran.  Trust me, she’ll love them.

The next intended band were Egyptian Hip Hop at The Cockpit but one them had the squits or somesuch so instead we watched the first few from Shakinouts.  Despite the wanky name they weren’t half bad albeit in a typical british indie band kind of way.  Faint praise?  Make your own mind up eh.  Then it was on to Manchester’s Everything Everything.  Already tipped as one of the sounds of 2010 in the BBC’s annual poll these guys do seem to be trying something other than the aforementioned typical cookie cutter indie band.  The falsetto vocals, syncopated beats, electro tinged, art school nods might be a bit much for some, pretentious perhaps, but you can’t argue they’re different.  Now we’re nearly ten sheets to the wind, and the final surreal twist in an impressive day comes in the form of Hurts.  Not that they themselves are particularly surreal.  Take Ultravox, Heaven 17 and Gary Numan as your primary influences, shove them down a morose Berlin catwalk and you’re more than halfway there.  Then throw that into the surroundings of Holy Trinity Church, add beer and proceed to dance on the pews and you have a genius neon-Gothic Blade opening sequence.  The venue really complemented their sound and unless I get to see them in a church again, I’m not sure I’ll bother.  The night ended with a few swift flagons of mead in A Nation Of Shopkeepers where I managed to hear Frankie and The Heartstrings performing through a wall somewhere in there.  All in all a brilliant day out with much kudos to the promoters for what must have been a logistical nightmare to arrange.  Same thing next year?  Yes please.