Elevator Action is next in the line of fire for Ten Pence Arcade‘s crack team of retro score smashers. A popular action platformer, developed and released in 1983, you play as Agent 17 a.k.a Otto, a secret agent with one helluva quiff and a penchant for elevators.  The objective is to guide Agent Otto down through 30 storeys, avoiding enemy spies, collecting secret documents, reach the basement and escape in your getaway car.  Simple really. James Bond would do it in his sleep after seducing several glamorous ladies and downing 15 martinis, shaken not stirred.  The martinis, not the ladies.

END_OF_DOCUMENT_TOKEN_TO_BE_REPLACED

“Welcome to the Fantasy Zone. Get ready!”

Is it a bird?  Is it a plane?  No, it’s a bloke with luscious flowing locks, armed with a mahoosive hand cannon, allegedly equipped with a jet pack (yet I can’t see it – possibly his gun?). It’s Space Harrier.  Unleashed onto the arcade by Sega in 1985 and developed by Yu Suzuki (who also helped craft Hang On, Out Run, After Burner and Virtua Racing amongst many others), Space Harrier is a third person, on rails shooter.  It’s the story of a man who has realised he’s left the stove on at home and has to quickly rush back to turn it off as he’s concerned not only about the risk of fire to his space galaxy property but also the increase in his space galaxy utility bills.  Namely space gas which has gone through the roof in recent months due to tension in the space middle east zone.  I think that’s the basic premise anyway as you’re not given any back story, so we’ll go with that.

At the time of its release Space Harrier was a huge success and the first to be running on Sega’s Super Scaler series of pseudo-3D arcade hardware and according to the flyer, the first time “a graphic capacity of 1.2M” was used in an amusement game machine.  I can recall being blown away by this upon release and in particular the sit down rolling motion cabinet which felt like you were ACTUALLY nipping home to turn the gas off.  The flyer describes the gameplay as thus;

– Attack the enemy with the SHOOT button.
– Avoid the obstacles by moving the Joystick in the backward/forward, horizontal and diagonal directions.
-When all of the players are lost, the game is over.

So far so simple…  The current world record on the Arcade over at Twin Galaxies is 42,384,290 held by Philip Campbell and the MAME record, our emulation platform of choice, is 32,270,540 by Stu R Rankin.  Are these reachable?  Are these surpassable?  Are these even worth bothering with?  Only the Ten Pence Arcade duo and its merry band of listeners can find out…

END_OF_DOCUMENT_TOKEN_TO_BE_REPLACED 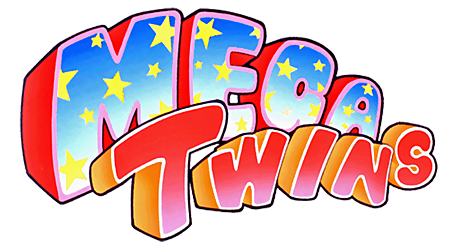 Remember back in the 80s and 90s when everything was Mega?  Mega Man, Mega Drive, Mega CD, and Megadeth.  Well cast your mind back to the arcades and you’ll recall there was also Mega Twins.  Back when I was a lad Mega Twins were the two girls on Fun House or the Alessi Twins from Neighbours but these two doppelgangers were stealing 10 pences quicker than you could say “I really do love Capcom and everything they release is the bestest ever. Please take all my money” or something…  Originally released in 1990 by Capcom in Japan as Chiki Chiki Boys, it is a side scrolling platformer.  The back story, if you can read the story on the attract mode quick enough, is that once upon a time a monster came to the paradise land of Alurea and kicked up a fuss.  1000 years of peace gone in a flash leaving the king’s twin infant sons as sole survivors.  Fifteen years later the lads have grown up a bit (although they don’t look fifteen years old to me) and set out on a quest for the legendary stone called “Dragon’s Blue Eyes”.  Legend has it that when the world is in danger, the stone will set all things right.  They’ll believe anything these two lads.

Over on Twin Galaxies there are only three submitted entries which is odd as I remember this being in the local arcade and was quite popular at the time.  First place is currently held by Clay W W Karczewski with a score of 187,880.  I’m coming at this a week into the Ten Pence Arcade challenge, so without further ado, I’m going in…

END_OF_DOCUMENT_TOKEN_TO_BE_REPLACED 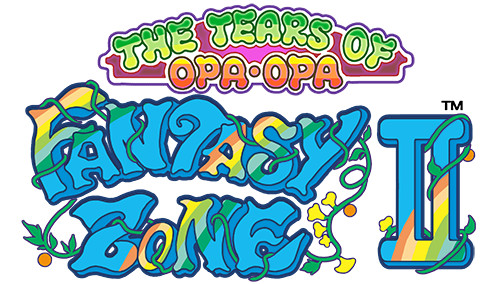 END_OF_DOCUMENT_TOKEN_TO_BE_REPLACED

After much deliberation, I’ve taken the plunge.  Done the deed.  Made the bed.  Climbed the mountain. Ran the marathon.  I’ve finally picked up the Nintendo Switch.   Despite being burnt by the Wii-U somewhat I wasn’t so keen to invest in Nintendo’s next flagship console.  It’s not that the Wii-U had a poor selection of games, there is a handful that justifies a pick up if you get one for the right price and there’s plenty pre-owned out there. Super Mario 3D World, New Super Mario Bros. U, Bayonetta 2, Pikmin 3, Splatoon, Super Smash Brothers 3, Donkey Kong Country: Tropical Freeze, and Wonderful 101 to name but a few. It’s more that the device didn’t really know what it wanted to be. Is it a home console? Yep. Is it a portable? Well if you’re in the house it is and the game supports remote play. Incorporating the Wii name confused consumers. “Is it an add on? Is it new? I already have one.” END_OF_DOCUMENT_TOKEN_TO_BE_REPLACED

The bi-weekly challenge thing over at the Ten Pence Arcade Podcast this time round has been Juno First.  Despite my age (yes old enough to remember fruit based drink Quatro) I can’t ever recall seeing or playing this in the arcades in my yoof so it was nice to have an attempt at something that didn’t steal countless 10 pence off me back in day…

Developed by Konami and released in 1983, Juno First is a vertical scrolling shooter which, Xevious being the notable exception, was something of a novelty back in the day.

END_OF_DOCUMENT_TOKEN_TO_BE_REPLACED

It’s a looooong time since I’ve fired up MAME and had myself a blast at taking some high scores down.  After catching up with my good friend cNp at Glasto, conversation turned, as it often does, to gaming.   Gaming of both new and days of yore and as one conversation turned from Breath of the Wild, to JAMMA boards, to Vectrex and beyond, he put me onto a podcast about retro arcades, 10 Pence Arcade.  Not only do these guys wax lyrical about old cabs and where to find them, upcoming meets and general 1cc goodness they also contain a nice and friendly high score challenge which runs over the two weeks until the next podcast goes up.  If you’ve been following this site over the years (12 years…. crikey) then you’ll remember I went a bit bonkers not so long ago trying to work through MAME attempting to crack the world records on Twin Galaxies.  I wasn’t massively successful (I currently hold a grand total of one and that’ll be be easy to beat if you’re arsed) but it was a laugh.   You can se all the previous messes by checking the world record attempt over there on the sidebar.  It’s not pretty… So with that I’m back at it and you can blame @chrisnparsons for that…  Next I’ll be building a cab in my garage or some shit.